I had so many experiences to talk about before I skipped ahead and posted about our National Parks, including One Square Inch of Silence in Washington state, and then about the First Lesson of the Wilderness. I had not posted on anything in the entire stretch between the east and west coasts – a LOT of territory, obviously. Before those posts (and before I started running beyond Internet access), I left off with my experiences in the Massachusetts Berkshires, on Brookemeade goat farm, and then my jaunt in Boston.

After Boston, I made bearings for Maine (which I’ll get to in forthcoming post), but there was this little interlude between Massachusetts and Maine that I’d like to share, along with a few pics I was unable to include from the Appalachian Trail. I think this will help catch you up where I left off on the east coast and help re-set the scene and feeling of my around-the-country trip in general. These were some of my first “settling” moments of my journey, in which I really started to get into a meditative zone.

America’s Stonehenge is a weird place. Not far north from Boston, in New Hampshire, it’s one of those sites you’re not sure where to file in your mental lexicon of fact and fiction. Because it’s still not quite clear what it is. Similar to the UK’s Stonehenge, the Gault Site, the Taos Hum, the Marfa Lights, or the controversial Serbian Pyramids. There are some sites and phenomena that we perhaps have not invested enough time or resources into. Or maybe we stopped investing at the first hint of one scientist who refuted any “mystical” theories that could not be proven by current scientific tools. 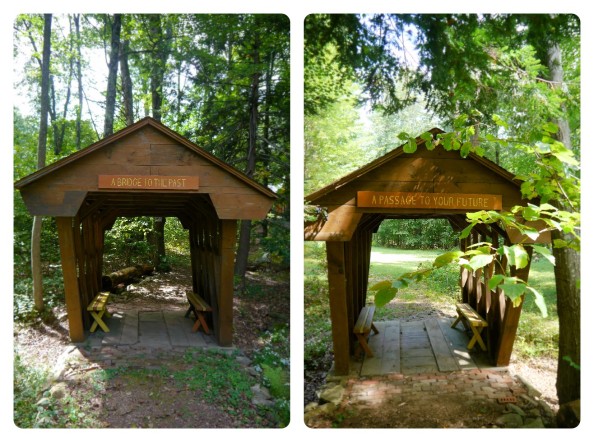 But Stonehenge USA is definitely for real, regardless of what it is, and I think more people should see it (and not judge it by their website). And at least one thing’s for sure – this was a special place for thousands of years, for different cultures and people groups. It’s got signs of Native American and ancient European settlement, religious use, astronomical use, early American pioneer occupation, as well as artifacts from the slave-trade days’ Underground Railroad. Beyond the scientific, it definitely offers an air of mystery and sacredness. In my experience, it’s palpable. And that’s why I’m writing about it. 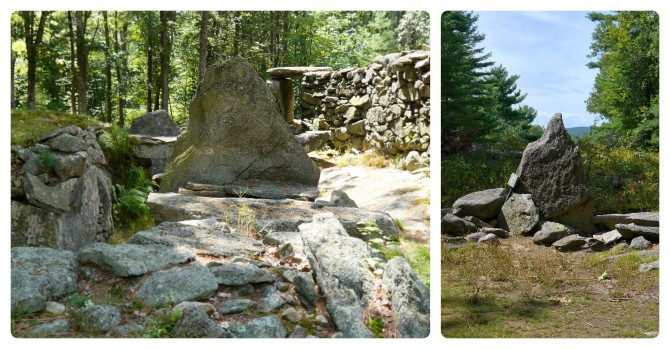 There’s this space in our lives that’s somewhere between real and unreal, concrete and ethereal (but mostly ethereal). And some people, places, things or experiences help us tap into that space when our conscious, scientific mind fails to give us appreciable insight. This trip has been one of those things for me. And America’s Stonehenge was one of the places that helped me center myself in this in-between, this liminal space where wonderful development can occur on a deep, foundational level.

[^prayers hung on a tree, tree fashioned into canoe, tree showing its growth]

It helped me acknowledge the bits of data of my life, past and present, while gaining comfort with some hard-to-hold feelings, emotions and desires, and appreciating some greater energy that’s around and within me. The lingering voices of those who have gone before me, and the quiet whispers of my own hopes and dreams for the future.

This is soft, flowery, mystical language, I know. But it’s the only way to describe that stuff between the straight, hard edges of life. The gooey mortar that somehow makes it all stick together. I value those elements, which have helped me persist on my sometimes difficult journey, in this trip specifically, and in life in general. And I’ve had the privilege of being able to live more in that space since I left “the real world” of corporate stress, money-focus, home debt, and all that stuff. It’s a quieter place. And I like it. The neat thing is, I can take it with me.

Along that same line, my times on numerous trails have provided an environment in which to become more attuned to and dance within my Sanctuary of the In-Between. In particular, my brief time on the Appalachian Trail – a goal-site of mine – helped connect my feet more firmly with the earth, as opposed to just the gas pedal in my truck. I shared a few pics from the A.T. in my Stockbridge to Boston post, but I had a few more I wanted to share, which I think help illustrate the feeling I have when I’m more grounded within that liminal energy.

You will see this recurring style/theme in my photos (and probably in my words, too) in many forthcoming posts….

As the miles have progressed, I have settled, like gravel in a sifter, into a meditative zone throughout much of my waking hours…. 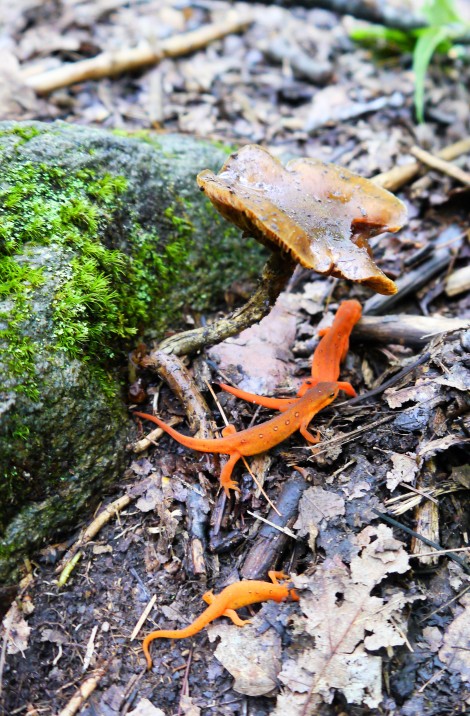 Possessions, material “needs” have started to become merely incidental. I walk into almost any type of store (except perhaps a grocery store) and find that I have no desire to purchase anything whatsoever….

My desire has become to connect with people and nature. Yes, there are times of anxiety. But by and large I feel mellow yet energized, almost stoned. Not foggy, not numb. But clearly aware to a point that I feel like I am passing through time and space with more focus, but that focus has caused so many other things to blur, not unlike tilt-shift. But it’s an interesting zone. And so far that zone continues…. I hope you’ll join me.

One response to “Sanctuaries of the In-Between: Thoughts from America’s Stonehenge and the A.T.”